It’s PRAISING KANE, and after three episodes we are ready for a film that features more than two minutes of Carol Kane on-screen. Thankfully, William Fruet’s WEDDING IN WHITE delivers a strong lead performance from Kane, who is surrounded by some heavy-hitters (including Donald Pleasence)! While this Canadian drama is somewhat obscure, despite having won Best Feature Film at the 1972 Canadian Film Awards, it’s really well made, affecting and often depressing as hell. LISTEN TO US TALK ABOUT IT! 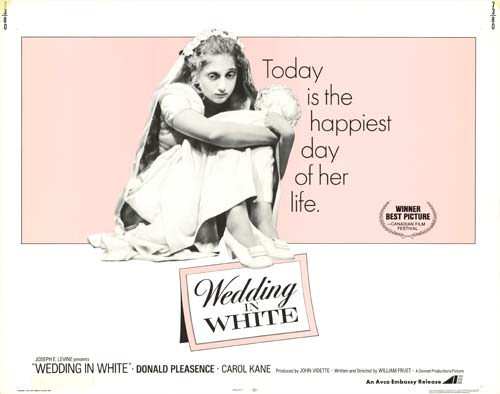