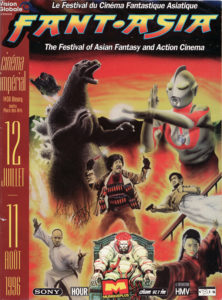 There are dozens of genre film festivals around the world, and we either can’t afford – or don’t have the time – to go to any of them. We’re guessing a lot of you are in the same boat. On Cinema Smorgasbord presents CINEMA FANTASTICA our two hosts pick one of those festivals, a year in which it ran, and choose two films that played at that festival to BATTLE against each other.