You asked for it, you got it! The big Eric Roberts news thus far in 2022 has been his role on the second season of the critically acclaimed HBO comedy The Righteous Gemstones, so it’s time to talk about it on this brand new episode of ERIC ROBERTS IS THE MAN.  For such a, um, righteous endeavor, we needed a terrific guest, and who better than Shock Cinema and Cinema Sewer contributor Michael Sullivan to talk about the show, the Academy Awards, Kevin Sorbo, the price of Cameos and all the latest Eric Roberts news. CHECK IT OUT! 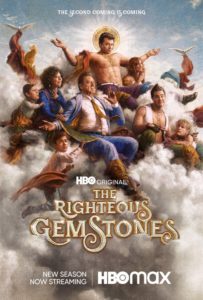 Check our Michael Sullivan’s work in Shock Cinema magazine. The latest issue was recently released, and can be purchased via https://www.shockcinemamagazine.com/