We’re getting Wild In The Streets with Umberto Lenzi’s gleefully exploitative 1974 crime thriller ALMOST HUMAN (aka THE DEATH DEALER, aka Milano odia: la polizia non può sparare). Featuring a stand-out slimy performance from Tomas Milian, the film follows small-time scumbag Giulio Sacchi as he goes on a spree of murder and mayhem throughout Milan while tough cop Walter Grandi (Henry Silva) is hot on his trail. It’s filled with chaos and bloodshed, but is it fascist? Let’s talk about it. 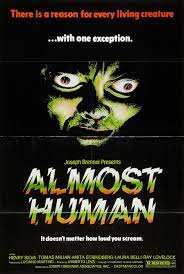