Check out the How Do You Do, Fellow Kids? archive right here.

We’re back on our Steve Buscemi bullcrap with IN THE SOUP director Alexandre Rockwell reuniting with some of the cast of the film (including Buscemi, Seymour Cassel and Carol Kane) to make the neo-noir comedy PETE SMALLS IS DEAD, which stars Peter Dinklage as an ex-screenwriter and a tremendous Mark Boone Junior as his impossibly slovenly friend. The pair head to LA to get some cash for Dinklage’s stolen screenplay, while paying tribute to their recently deceased friend Pete Smalls (Tim Roth). It’s overstuffed, and needlessly confusing, but has a parade of familiar faces that keeps things lively. We also chat about private detectives, Steve Buscemi’s biggest box office hits and MORE. Check it out!

Put the bunny down and listen to the latest episode of How Do You Do, Fellow Kids?: The Films of Steve Buscemi! This time we’re looking at one of Buscemi’s most high profile roles, the action blockbuster CON AIR from 1997 starring Nicolas Cage, John Cusack and John Malkovich! We chat about summer movies, look at Steve Buscemi’s ten favorite films and go off on many more trademark tangents. Check it out! 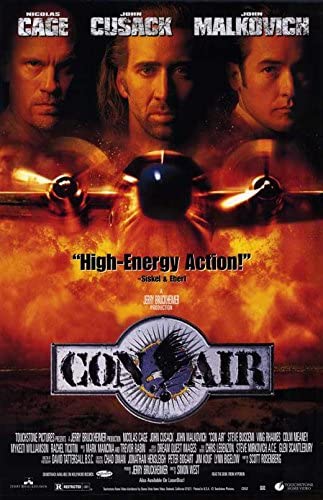